Things I’m No Longer Ashamed Of

Everyone has things they aren’t too proud of.

Shame is difficult to control and hard to let go. 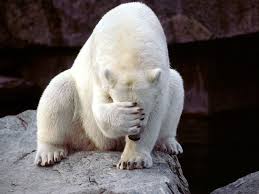 Luckily, I’ve been able to let go of some of the things that I used to be ashamed of:

For nearly a decade I was plagued with an eating disorder that I hesitate to label as anorexia but that’s what physiologists called it. In the midst of my eating disorder, I was extremely ashamed of it. When I finally went into inpatient rehab, I remember scolding my dad for telling people where I was even though its hard to lie when you college aged kid suddenly disappears for a few months.

It was only about a year after weight restoration when I felt comfortable being totally honest about it. Maybe its because I felt more confident in my recovery, but mostly, I think I realized how most eating disorders are rooted in lies. Lying to others to try to hide it and lying to yourself. I was sick of lying and the lying was literally making me physically sick and frail. I also had this sense that people wouldn’t judge me for it and that maybe I can actually help people be able to open up about their own physiological struggles. I think people respect anyone who’s honest about their vulnerabilities. And if they don’t they may not be worth your time.

2) Jobs I’ve Been Rejected From or Fired From

I got fired after my first two weeks at the first restaurant job I got after culinary school.

I told my dad I was “over it” but I was flat out fired for messing up too many orders.

I’ve also been ousted from stand up comedy slots. Its embarrassing and takes a toll on your self esteem.

But I’ve let go of that shame cause I found out when I told people about it, almost everyone has a similar story of their own to bond over. Rejection is part of life and its nothing to be ashamed of. In fact, its usually fuel to fire you motivation.

3) Diseases That Plagued My Parents

My mother had breast cancer ever since I was born until the day she passed when I was 13.

Growing up, my mom was in and out of chemo and radiation treatments. She lost her hair and wore a wig and I was afraid to bring friends home. I thought it would scare them if she took the wig off. I also didn’t want anybody feeling bad for me. After she passed, a lot of my peers were surprised because they never hear a peep from me about her illness.

When my dad was diagnosed with brain cancer two years ago, I wasn’t “ashamed” but I was still very nervous about having my friends see how terrible of a state my dad was in. It was a terrifying sight and for a few months my dad resembled a version of Reagan from “The Exorcist” (minus the vomiting and cursing). During the last few weeks of my dad’s life, I’d given up all shame and just tried to preserve my sanity above all else.

I don’t think ANYONE should be ashamed of diseases they or their family members have. The more honest and open everyone is about them, the less shame and pain will stem from them.

4) Hooking up with that guy that one time….

I think everyone’s hookup history is nobody’s business but their own.

Sure, I look back and cringe, but how are we supposed to find a good match for us if we don’t make a few mistakes along the way? 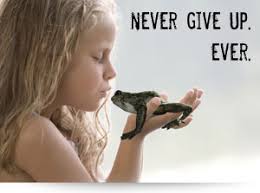 Is there anything you’re no longer ashamed of?

no longer ashamed about ed and admitting to being in need of help/hug sometimes!

I am not ashamed of having had an eating disorder. But I do get really embarrassed about just how fucked up my behavior was.
I think I used to be ashamed to utter the words “I am an actor” because people don’t understand that just because I’m not famous doesn’t mean that I’m not working and earning a living as an actor…but I’ve stopped caring what other people’s opinions of my career are.

Being a blogger? lol I am still a little ashamed of that in the real world, online world I love it though!

Thanks for this. I feel a bit better now!