The Type of People That Imtimidate Me

Most people don’t scare me. I think since losing both my parents and doing stand up comedy, I’m pretty fearless when it comes to people.

But there are certain type of people that totally intimidate me. Not more than the Burger King mascot, but pretty close.

People who are offended when I curse:

Unless, I’m directing the curse word to you like,

I’m a little terrified of people that think its weird if I slip a “shit” every now and then. When I do stand up comedy, its one thing, and I try not to be a total curse monster in real life, but that’s just it, saying a “fuck” or “shit” IS REAL LIFE. Those words exist they’re just that, words!

So when I’m around people that are “above cursing” I just feel like I’m wearing a tight griddle that’s about to pop. 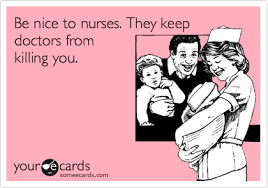 That’s all reason enough but the fact that they wear white like a bunch of ghosts helps.

Guys that ask me out but I really don’t like

I just hate rejecting people that are actually nice.

I usually come up with a lame ass excuse like “I’m not really into dating at the moment” or “I have a boyfriend” (my imaginary one).

I don’t think I’ve ever been all,

“No, I’m not at all attracted to you. I don’t even want to be friends because I already have an uneven guy/girl friend ratio since I always end up being friends with guys that show interest in me and because I don’t understand most women. Thanks for being nice. Keep it up, and ditch the crocs.”

But yes, I’d totally say that if I wasn’t scared shitless.

Here’s the thing, stupid people can do a lot of harm.

Even if minimal power, they can cause a lot of harm. And with power, well, all bets are off.

Which brings me back to the “King”.

Cause he’s hideous and stupid 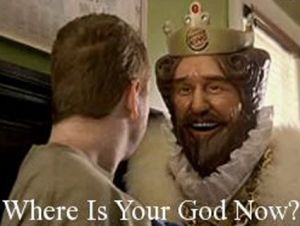 What sort of people intimidate you?

members of my family wen tey call my namequitely and very formal. its lke shit, what i have done?

Jesus. I found you through some sort of pudding recipe and ended up trolololing through five of your posts in a row. I am a satisfied customer.

Previous post: How to Write A Good Online Review

Next post: How To Date Some Who’s Had An Eating Disorder