PDA: The Acceptable and Gag-Worthy

LOL, OMG, NATO, KFC, and my personal favorite ROTFLSHMSFOAIDMT (Rolling On The Floor Laughing So Hard My Sombrero Falls Off And I Dropped My Taco)

But PDA is another acronym that stands for “Public Displays of Affection”. Pretty hard concept but hopefully you got it.

I know. Most of you probably read the reasons why I’m single and you probably think I’m just bitter and jealous of lovey-dovey couples. The truth is, I’m not totally anti PDA.  I think there are varying degrees of PDA .

So this is my personal guide to what is acceptable and what is not for these “displays”:

This is probably the first taste of PDAs in our lives. I had a crush on this guy named Zach in first grade and one day, he held my hand during PE! Ok, so we were playing “Red Rover”, but still, in my little first-grade head, I assumed I lost my virginity or something.   Anyhow, I think hand holding is perfect fine as I do enjoy seeing other couples hold hands (bonus points if the couples are AARP members).  Its classy, old fashioned, lovely, and great for impromptu “Red Rover“.

Its pretty simple. Facebook and any sort of romance shouldn’t mix. 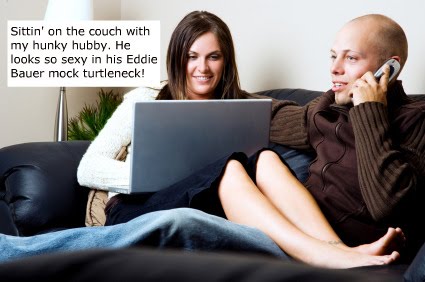 I don’t even need to give you examples of the vomit inducing, gushing that couples curse the world with. All I can offer is this little nugget of wisdom:

There’s a reason the “Unsubscribe” and “Unfriend” buttons were created

Best button yet. Even better than poking.

Kinda Sweet: Minor Cuddling/Hugging
It seems that the minuet a girl nabs a boyfriend, she becomes sleepy when they hang out in public. I constantly see a lot of couples some girl’s head lying on her boyfriend’s shoulder while his arm is around her.  Why are these women so sleepy all the time!? Mysterious sleepiness aside, I think minor cuddling and hugging is acceptable. It’s like holding hands. A subtle gesture showing you like each other instead of having your eyes locked together awkwardly hours (see this post for why thats creepy).
Totally Not Fine: Touching a Body Part That’s Blurred on  TV
I don’t care if you’re drunk or sober. Touching other peoples’ labias in public is gross.

PS: Forgive me for writing the word labia, its a gross sounding word. We cool?  Thanks in advance.
Kinda Nasty: Couples Feeding Each Other
This just sounds gross.   Look, I love food so any way of combining food and romance is cool, I guess. That is, if you are doing it at home with the doors locked a la Kim Basinger in “9 1/2 weeks”!  But if you’re putting your love ahead of your food in public? Stop it.

I don't know if its just me, but looking at this makes my head hurt.

The All Time Fucking Worst: Lovey Dovey Sucking Face
Ok, if you’re kissing at the Eiffel tower in Paris or the Trevi fountain in Italy, I’ll let it slide. But couples at Rite-Aid or an overcrowded mall playing tonsil hockey is gross. It lacks any subtlety of love because it’s basically just the couple stating,

“LOOK, people! Look at us as we brag about how much we love each other by shoving our tongues down each other’s throats because we don’t know any other way to communicate our love with each other to the world!”

Holding hands, a gentle kiss, sharing pasta, this is not enough. They need show their complete devotion for each other by swapping spit.  Ew.

Do they expect me to throw them some quarters in their cup?

I'm sorry, this won't help you get over your fear of carbs.

What PDAs do you think are acceptable and unacceptable? I’d love it if my usually silent guy readers would chime in on this too! And don’t forget! Vote for your favorite Tweet to be a cartoon here! (voting ends Monday at 7pm PST).