I had my last cooking class at the elementary schools this week and the kids wouldn’t stop yapping about how excited about what Santa is going to get them.

So this got me thinking about their parents. Specifically, about the lies many parents tell kids. Here are some of my favorites:

Since I’m a Jew, my parents had no problem raising me to believe “Santa” was invented by the mall and Toys R Us. However, they did run with the whole tooth fairy theory. I totally fell for it. Until my mom overslept and forgot to leave some cash under the pillow. And I had to leave this note:

It was a sad day indeed. They should have just been blunt and said, “Look, the tooth fairy has another name: ATM”.

this is what a tooth fairy sucker looks like

“The Stork Dropped You”
Again, parents think you’ll self combust if you know about sex. And whats with this stork? Why not a penguin or a platypus (my favorite animal). I say we ditch lame stories and instead teach kids about SAFE sex. Where the banana? 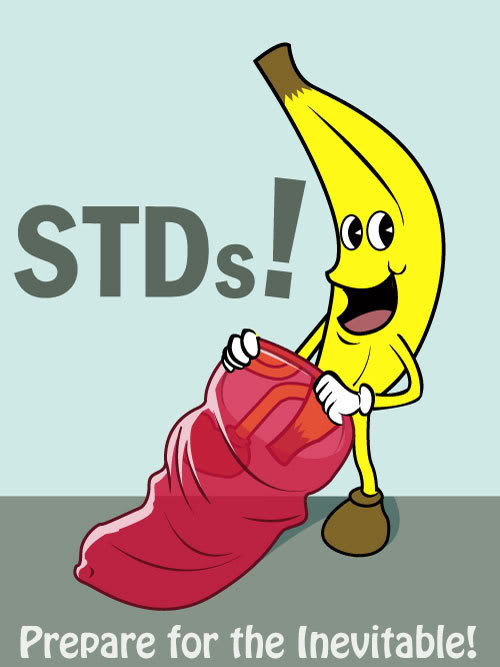 “Eat your veggies so you’ll be healthy and strong”
A lot of parents are nutrition Nazis. And many will go to great lengths to fib in order to get kids to eat their greens. One of the classics is that eating spinach (or other vegetables) will make you strong like Popeye. What parents leave out that a few leaves of spinach in childhood can only go so far. Genetics are going to play a huge role in how big and strong they’ll really grow up to be. I’m guessing they leave it out cause the parents are scrawny…(cause they didn’t eat their spinach when they were kids). 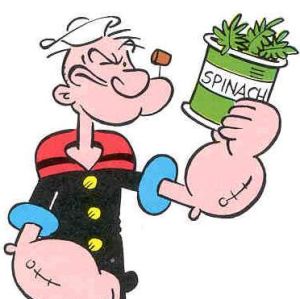 Call me crazy, but popeye does NOT look healthy! He looks like he had a stroke and got bicep implants.

“Coffee Will Stunt Your Growth”

I’m guessing parents are trying to deter kids from drinking something which makes them hyperactive. Whatever the explanation, numerous studies have been done into the effects of coffee on the body. Some suggest it reduces the risk of certain cancers. Whatever. There’s lots of different research (not gonna get too into this issue) but I have yet to find is that drinking coffee stunts your growth. Plus, I never drank coffee and I’m still vertically challenged. You Have To Go To A Good College and Get A Degree To Be Successful
Hmm..funny some of the most successful people didn’t have any of that. Rachel Ray, Simon Cowell, Walt Disney, Julie Andrews, Wolfgang Puck…And those are just people that didn’t go to college. Mark Zuckerberg and Bill Gates dropped out. As did Lady Gaga, but not exactly someone your parents will want you to emulate.
So, there you have it. If you ask me, I think we parents should be a little more honest and that lies are a part of life.
What lies did your parents tell you? Do you think its ok for parents to lie about stuff like death, sex, eating healthy food, etc ? If you have kids, what lies have you told?

if I eat raw cookie dough I will get sick (this never happened, and I would catch my mom eating it!). of course, she was kind of a hippie, used things like carob, so she probably didn’t use eggs either.

if I make a (snotty) face long enough it will stick like that.

I need to fasten my seatbelt before the car can move.

that’s about it. we were told the truth about Santa, tooth fairy, when pets died, all that.

I actually DID get sick from raw cookie dough! To this very day I am not keen in raw dough. Actually, raw anything.

My parents never told me lies like that. Sometimes I think they should have. Such stories kind of protect your childhood and innocence. Maybe… or not. Either way I blame my mother for ruining whatever sense of romance or optimism I ever had by saying “i hope you don’t believe things like that ever happen

In reality” when I was watching the sound of music. Oh! I was 4. Hence, the Grinch was born

”Eating ice cream is like drinking juice or water: it turns into pee and your body doesn’t absorb the calories.”

Other than that, my mom has always been very blunt. No coddling-honey-smooching at all, which can be good or bad:
To my little sister: ”It’s true you’re not as pretty as your big sister, but at least you won’t end up single like her.”

Oh, and she told me Santa didn’t exist when I was like 5. I told other kids about that and it made them cry.

When I was a child my parents bought me six chickens for Easter. A few weeks later, one by one they started to disappear. The folks told me that they “flew the coop.” I did not mentally connect that with the chicken on the dinner table. I know I would have freaked.
My husband’s family thinks I am really mean for not lying to my kids about Santa. I think finding out there is no Santa sets the little Santa-believers up to become atheists in later life. (Just my opinion.)

I was told very early (5years old) the truth about Santa and I am anyway Atheist. Though, it is a good theory!

College is the biggest lie. Education can be great but I wish our society (and parents) didn’t promote the idea that higher education is the only “correct” step to take in young adulthood. Everything else means you’re stupid. And coffee for everyone!!

One of our ducks went missing and my parents told me it went to live a bigger pond up the street. They even showed me the house when we drove by. I believed them for years.

That is all so true, especially the college thing. I felt so unprepared for the real world. My mom told me I was so smart and that I could pretty much conquer the world. In truth? I’m just average but she’ll never admit it.

Seriously! I really want to go to high school graduation and say, “Don’t believe what they tell you! Go get expericnce and don’t kill yourself trying to get into the perfect school cause in the end, no one cares.”

I hate the “you can do anything”, “you’re so smart” bull. I’m no smarter than a majority of the population.

Haha. I found out about the tooth fairy the time my mom made my dad be the tf and he woke me as he was putting $1 under my pillow. awesome …
Now that I think about that, putting money in a child’s bed is kind of gross.

My mom told me when I was growing up that you can’t be buried in a Jewish cemetery if you have a tattoo. When I went on Birthright this past summer, we had a Q&A session once and this came up. The ultimate answer is yes, you can be buried in a Jewish cemetery if you are tattooed. Our tourguide also told us “but many Jewish parents tell their kids that you cannot, to try to deter them from getting one.” I thought this was really funny since my parents actually were one of those liars! (Not that I even want a tattoo.)

Oh, as a pure jew myself, I’ll take money anywhere.
Under a pillow or from an ATM. Bring it!

I love your tooth fairy note. So so cute.

I’m so glad my parents never told me about a stork or any other mythical being bringing me down from the heavens. I’d need therapy.

My parents held on strong to the Santa thing. I was okay with it when I found out but still. I am debating how much I want to push this santa thing with my own kids. You know, if that day comes ever.

Eat your crusts…it will make your hair curly!

I’m not sure if they are lies but… it was pretty common over here to say it’s bad to drink water after you eat apples or ice-cream. Doesn’t affect me though! I did it and I had no problems! Happy holiday!

they were too busy working to come up with stories.

the only one i can think of is that they picked me up out of a dumpster and became my parents.

since they didn’t follow the hype of leaving money for teeth or lots of presents from Santa consistently, it was easy for us to accept the truths of the world.

i say consistently because one time i found a dime for a tooth under my pillow. it never happened again b/c i think they realized it didn’t encourage me to let my teeth fall out.

I think it is okay to lie about having a “nap” and Santa, tooth fairy etc.. I would not lie about a stork … that is just silly.

I don’t even remember when I learned that Santa isn’t real. I *think* that one time my sister and an old friend of ours were talking about something, and I asked them what they were talking about and they said “Nothing, you’ll find out later”, and it was about Santa not being real… but that could be a memory I just made up.

Other than the usual tooth fairy, Easter Bunny, Santa Claus, I can’t think of any lies my parents told me. I’m pretty sure I drank coffee as young as 5 and was never really told it’ll stunt your growth. I’m sure they probably lied about the deaths of some of my cats, but as much as I can remember I always assumed coyotes got them… most of my other pets I was there when they died.

I think my dad just didn’t give a crap, and it was too difficult for my mom to cover up for the crap that he didn’t give.

Oh, one time my sister and I told our little cousin that something really bad (don’t remember what) would happen to him if he ran over rolly pollies with his bike.

My parents drilled the coffee myth into me when I was kid. But I grew up loving it anyways. And I’m barely 5 feet…maybe they had a point.

My mom would tell me if I ate the crust (outer edges) of the bread, then my hair would be shiny and would grow long faster. Lie.

Previous post: Apple and Sweet Potato Latkes and The Christmas vs Hannukah Showdown