Items I Can Never Skimp On

In these harsh economic times, we all have to make sacrifices.

That being said, I think there are some areas where we should not cut back )like on the use of the term “in these harsh economic times,” for example).

But there are others and I’ve noticed recently that I should maybe spread my gospel as to why I don’t think we should skimp on these things.

Garbage Bags: Ugh! Drawstring-less garbage bags is like an uncooperative hostage: tough to keep tied up and often result in a messy floor. So take my advice and splurge for the drawstrings. Not only do they make taking out the trash much quicker, but they also make it easier to pretend you’re in an olympic hammer throw event in your back alley, using the drawstrings to swing the bag around before forcefully flinging it into the waiting trash can. That’s why they invented the drawstring in the first place. 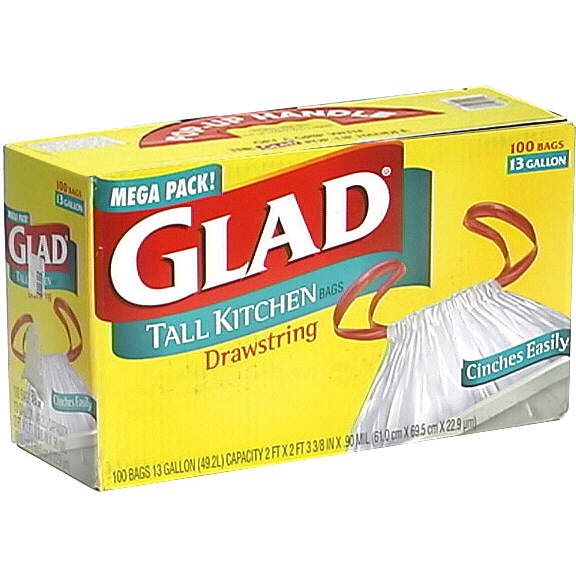 Toilet Paper: We all have butts. I’m not trying to be immature, but its true. Kate Middleton, Margret Thatcher, Ghandi…they all had butts. So shouldn’t we take care of them? It’s a matter of basic comfort. And studies have shown that people who regularly use or force others to use single ply toilet paper are 85% more likely to join a terrorist/dog/octopus/kitty fighting organization. I swear, its true!

Cell Phone service provider: You never know when you’re going to be stuck on the side of the road in the middle of nowhere vulnerable to weridos.

Medication: And on that note, anything “medical”. Dental stuff too! Remember, a filling costs less than a root canal.

Doritos (aka Flavored Tortilla Chips): No other artificially orange-colored triangular chips will do. If I’m going to “endanger” my health with processed food, I’m going to do it with Doritos.

He agrees. Its a he. I checked.

Mattresses: Doctors consider sleep to be just as important to a person’s overall heath as diet and exercise! Ok, I just made that up. But it sounds like something doctors would say. Anyhow, even if this recession puts you out on the street begging for off-brand sand-paper-esque toilet paper, a comfortable place to sleep should remain a priority. Dont get any ideas...

What do you refuse to skimp on? What ARE you willing to sacrifice (most of the time)?

ahahaha condoms 😛 much as I hate paying for birth control, diapers are 400 times that amount. No babies.

Also, you’re right about the sleep thing! They say it’s better to get enough sleep than to skimp on it, get up early, and work out. A minimum of 7 hours is best.

I won’t skimp on make-up. I went through years of horrible cover-up that would crumble on my face, mascara that would run (even without tears or rain), and eyeshadow that was gone in 5 minutes. I don’t care if each product in my line of face paint costs me $46, I hate looking like crap. I’m a little bit vain.

Groceries. I feel best eating lots of fruits & veggies, but they can add up. I’ve cut my costs of them in half, but I have to eat them everyday.

And my afternoon Starbucks when I work an evening shift, especially on days when I get the ‘crash.’ It perks me up, makes me smile & feel a little pampered, and only costs $2.64. So worth it.

I am with you on the toilet paper, and wish to add to your list:
Laundry detergent.
Having soft clothes that smell nice is totally worth spending a tiny bit of extra cash to not get the cheapest crappiest no name brand powder.

As for the garbage bags, I use ANY kind of bag for it (bags they gave me in stores when I bought clothes or whatever). You don’t have nuclear stuff in your garbage, doesn’t matter if it isn’t all that clean and fast… 😉

I second Char on the produce issue. I know I could slash my grocery bill if I gave most of my fruits and veggies up, but I won’t.

I actually prefer the grocery bags without drawstrings! I don’t have a logical reason.

I don’t eat much meat at all (and no beef), but my experience has been that going cheap and substituting canned/superprocessed-yet-inexpensive meat for fresh animal flesh is worse that just going without it, ick.

I won’t skimp on electronics: once you go Mac you don’t go back. More expensive but worth it ten times over for quality. If I’m going to sink money into a gadget or appliance, I prefer to save up until I can get something truly nice instead of a cheap knockoff that will break soon anyway. It means I’ll never be an “early adopter” for new stuff, but I’m okay with that, the first versions are always buggy anyway.

I hate to admit it, but I’ve gone Mac…and yes, I haven’t one back

sent from my iPhone (haha, I do have one but I don’t comment from it)

i’m with ya on the bra situation. when your girls are as…. generous… as mine, you fork out the 150 bucks or so it costs to reign them in (plus they look pretty) 😉

I refuse to skimp on my Nestle instant coffee. I like the instant one better than the freshly brewed. It has to be Nestle though.

actually, my true favorite is the cool ranch. Nothing “ranch” about it though. hahahaha.

Hi there! I just found your blog through Happy or Hungry and I love it. I’m totally with you on Toilet Paper, and I think Peanut M&M’s are my Doritos…I don’t care how many soul-killing chemicals and artificial colors go into making them. Whatever makes them do what they do to my taste buds can’t be wrong.

I have wanted to write about this for so long..followed by a “skimping is mandatory, go cheap or go home products.” I am a marketing dork.
Ditto to everything on your list (single-ply is nonsense). Mine also includes:

Coke…The store-label brands just don’t taste the same (to me).

It would be fun to know the things you think are skimp mandatory.

I hate, HATE, HATE AND LOATHE AND FEEL THAT THEY SHOULD BURN IN HELL FOR EVEN MAKING THEM!!!! garbage bags that are too thin or don’t have drawstrings. I accidentally grabbed the ones that are thin and without drawstrings the other day at the store…it is killing me every damn time i take out the trash.

Also agree on the condoms. I never leave the house without rubbers. I have determined that you never know when sex is going to happen (based on random and highly unlikely times that sex has happened to me). So, I have a little aluminum tin that I keep about six condoms in it. The tin keeps them from being poked or prodded (before their time) as well as dispenses the heat from my ass when I’m sitting down so that the condoms stay at a safe temperature.

That should say, “disperses” the heat from my ass…

Stupid fingers are trying to make me look like an illiterate asshole again.

In the same realm of garbage bags, I never skimp on plastic wrap or foil. Crappy plastic wrap requires you to use 20x as much anyway. Agreed on the medical services!

I skimp on a lot of things like beauty products and furniture/living stuff because I am a poor college student and it’s just not necessary to spend more than $3 on a shower curtain liner that I will use for one year. I guess I could be ballsy and go without a shower curtain but I don’t know if I’m ready for that…

Coffee on the other hand…I always buy whole bean and grind it. No Folgers in this house.

Amen! I only ever buy whole bean, grind it and either press my coffee (at work) or run the beans through my espresso machine. Coffee should never be skimped on, if you don’t drink good coffee you run the risk of letting the blood level get too high in your caffeine stream. That can be really dangerous.

1. Deodorant
2. Pens (okay, I’m not buying a 60$ fountain pen, but crappy ballpoints are so irritating)
3. Cheese
4. Razors (as ridiculously overpriced as Venus Embrace cartridges are, I hate slicing my legs more)

Quality hair products. If you’re still still stripping your hair with Pantene or Herbal Essences, you need to get your shit together.

Okay I am so so with you on the garbage bags. I must have a drawstring! My other is Coke products. Diet Coke or Coke Zero ONLY! No Pepsi ever…unless I am dying.

This is just the kind of blog post I needed to read today.

seriously this blog post made me lol after some seriously crappy therapy homework!

i can’t skimp on good coffee, almond milk, really expensive, high quality dog food.. that’s about it. i am cheap and easy! this post either gave me deja vu or i have read something similar to it before… not sure which!

I skimp on as much stuff a humanly possible- I will look for a deal but if I’m desperate, I’m paying all-out for microwave kettlecorn and fro yo (my big addictions!)

There are very few things that I skimp on … especially not toilet paper, or any kitchen paper/wrap/foil, etc..

i won’t skimp out on meat products or veggies if a market is available. planning ahead to make sure i have the food items i need from reputable sources is KEY and a moral decision in my mind. If it means I forfeit a dinner out or the expensive cable package, i’m happy to spend the extra 20 bucks a week for quality happy ingredients…

also: tampons. must have good tampons.