Lets get one thing straight.

Although I write and have written about food, I don’t consider myself a “food writer”. However, I do my fair share of food reading. I work my way through restaurant reviews in my local paper, on yelp, and of course, food blogs.

And from all the reading I’ve noticed there are words, cliches and phrases that are so irritating and overused that they make my mouth hurt. And lest someone accuse me of casting stones, I fully admit to some of the sins listed.

Sexy
Unless you’re slathering it all over your rock hard abs and letting me lick it off, it’s not sexy…Actually, even that isn’t “sexy”.

Call me old fashioned, but THIS is sexy.

Artisanal
Please excuse my inner history geek but weren’t “artisans”  guild members, craftsmen and women who baked bread? The literal translation of the word (from Latin) means having to do with art. Art is pretty nonspecific. Is a pizza a work of art? (Dominos seems to think so). Anyhow, I’m already lost as to why all this means in the food world is that the food is probably expensive. 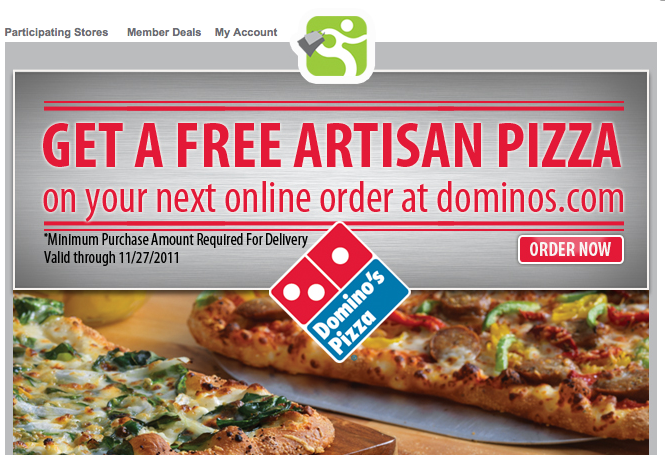 Anything roasted, grilled, braised, fried, steamed or done “to perfection.”
So trite, overused, and just so…..meaningless! Its like the “perfect” body. Everyone has their own opinion on what is “perfect”.

If you have even the slightest grasp of the English language, there is absolutely no reason that you should ever, under any circumstances, use the word “nom”!

Mouthfeel
This word is so creepy. I hear this on cooking shows all the time! I think they’re trying to describe the texture of the food or something. Anyhow, its just plain creepy.

Homemade
We all use it, including me, but here’s the thing: Just because something is homemade, or “housemade” doesn’t mean that it’s good. Yet whenever we write “homemade” or see the word on a menu, most assume that because it’s made in-house, it can’t be bad. But trust me, it can. If the guy in the kitchen made it at home, I’m not altogether sure I want it.

Fork-tender
Gag me with a spoon.

Tasty
Wow, that’s helpful. How does it taste? Well, it’s tasty. Thanks for nothing.

Lip-smacking
Anyone who writes “lip-smacking” should be bitch-slapped. Unless you write the labels for those fruity drug store chapsticks.

Delish
An incredibly annoying Rachael Ray-ism has somehow made its way into the lexicon of food writers. De-spicable!

To die for
If I want food that’s “to die for,” I’ll take my chances on the quadruple bypass burger from the Heart Attack Grill in Vegas (yes, this is a real place)…and maybe a side of “flat liner fries”.

Pass me the Lipitor

Sinful
Can we just all agree that this adjective when describing food can go straight to hell?

Guilt-free
Especially when whatever “guilt-free” chocolate cake you’ve just consumed is simultaneously “decadent.” Our food is not on trial! Lets stop judging it.

Washed it down
The image of washing your food down with anything — ANYTHING — is just gross. I feel like its something in a rap music video. Like bikini-clad video vixens being all washed down in champagne or something.

Its cool. He's just washing down his dinner.

Gourmet
That and “haute”. Where’s that spoon I gagged myself with earlier….

Any words you would like to add to the list? And like me, its totally acceptable if you’re guilty of using them in the past. Lets just try to refrain ourselves from doing so again.

Oh man I am dying over here…I agree with everything you just said. I can’t STAND overused buzzwords. It’s one of my biggest pet peeves. I also once watched an episode of Nigella and though I love her she can get a little carried away with whimsically narrating the show and described something as having “delicious clagginess” (or something to that effect) and I almost hurled. Clagginess!? That is what your throat is when your sick and I don’t want that in my food. And yeah, “nom” makes me want to punch someone really hard in the face.

I agree with most of these things, except I do think food can be sexy.
Then again, I perhaps think of sex all too easily. Whoops.
But I do HATE “om nom nom” and “guilt-free”…

I think I love you, I’ve long wanted to slap everyone using the term ‘nom’. It’s one of the dumbest things ever, I really don’t understand how that caught on.

”Foodgasmic” didn’t make it to the list?
Also, using ”This bad boy was quickly demolished!!”. I mean, come one. ”Bad boy”?? Makes it sound like they are desperate for sex.
And ”Party in my mouth”.
Anything ”bomb”: Protein bomb, Carb bomb, Fiber bomb…

Yeah, my field is more HLB/Wannabe-HLB than Real Life. Sad.
Anyone who says ”Nom nom nom” should be send back to kindergarten.

i’m gonna go with “beast”… mainly “salad beast”. anything made with all vegetables is not beastly… even if you did sprinkle craisins and goat cheese on it… still not beastly. MAYBE, just maybe, if you threw ribs on top it would get beast-ish. until then, stop trying to make your “guilt-free” salad feel “sinful”

and on that note, i also don’t like “indulgent”.

I agree 100% with nom nom nom, tasty, and delish. Add to that yummy and yummers.

Total agreement. I would rather hear about texture, quality, amount, and other measurable definitions if someone is describing food. I will add a couple more to the list- juicy (hate hate hate) and food orgasm. I really don’t care how good something is but it can’t be orgasmic. No way.

I kinda don’t like it when people say they were “mmming”. Because when I see that, my mind wants to read it as “em-ing”. And that just doesn’t make sense.

I am horrible at coming up with descriptions for how things taste and use “tasty” way too much. I totally agree with you on “mouthfeel”– ew. I have to disagree with the “falling off the bone,” because if we’re talking about braised meat, then that’s a great thing. My personal pet peeve is “a party in my mouth” or any derivation thereof.

My Food Tech teacher encouraged us to use ‘mouthfeel’ and I encourage her to jump off a cliff.

And I absolutely agree on the ‘sinful/ guilt free’ thing. And nom, fuck nom!

Also, I may have mentioned this before, but ‘eats’ as a noun- ‘these were today’s eats’. FOOD. Intake, diet, what you ate, I don’t care. But if you write ‘today’s eats’, I will stab you with your own goddamn fork.

Rereading that comment I appear to be taking this very seriously.

I’m not that fanatical, honest. I just like words and food.

p.s. James dean is the sexiest man (not alive).

hahahah totally agree here. what about food is sexy? nothing. food is never sexy.
and “sinful” and “guilt-free” just kill me. eating is not a sin.

I’m not so sure about that – some of these “meals” I’ve seen eaten on some blogs could be classified as a sin in my book! 😉

agreed. Sinful as in “that’s disgusting and you should be ashamed”.

shame and food don’t belong together. They just dont.

Can you imagine some guy being all, “Hey, checkout my pot roast, its sexy!”
no, that just sounds wrong.

Have you seen Seven? Some people do think being a glutton is a sin. I remember being surprised about that in catechism.

Guilt Free and nom nom nom makes me crazy…bad crazy. My husband is so gonna want to go to that Heart Attack Grill. I am so not telling him about that.

will you be totally disgusted if I admit I sorta want to try out that heart attack gril??? At least a single byass burger can’t be all that bad.

no way not disgusted! I wanna try too! lol We watch Diners Drive in, Dives )or whatever the hell that show is named) and we seriously wanna try some of that stuff on that show! Not everyday just once!

Um, you wanna come with me on a road trip?

hahahahha how ironic! I just used the word “delish” when I described my lunch on FB today XD
I think I use that word because my older brother uses it a lot….

“Party in my mouth” just reminds me of Fry from Futurama when he ate that old Egg Salad sandwich and said to Bender: “It’s like a party in my mouth and everybody’s vomiting.” Not a good thing to visualize about -_-;;

Hahaha, I love you. So stinking much – I just want to hang out and listen to you rant (in person) someday.

Meeker goes into a rant every time he hears “gourmet” an “artisanal” – you guys should hang out too.

I always cringe at the description of food as “sexy” and “orgasmic”. Yipes.

Foodgasm and anything described as “amazeballs” is disgusting to me.

it just reminds me of the word “spasm” which is just plain odd.

I kind of blinked when I first read “nom nom nom” because I was thinking of food writing in actual publications. I have to agree with you…”nom nom nom” just looks silly. I can’t imagine that anyone actually SAYS it, unless they’re feeding a toddler. But then, I don’t read very many food blogs, so what do I know? I also hate the word “slurp”. It actually gives me the shivers.

“Party in my mouth” sounds downright vulgar and it will never be okay. Ever. I’m with the others who hate that phrase. It should be banned from the English language. Hell, ban it from all languages!

I’m SO thankful I’ve never used “party in my mouth” EVER! I don’t go to many parties cause I’m loser so I think I just avoid using “party” in conversation. Yea, its my form of denial.

I don’t envy food writers. It seems even worse than trying to review music. At least with music you can reference bands that influenced the current artist’s work. But with food, I’m unsure how you’d do that.

I do think food can be sinful is I was eating a cheeseburger on a Good Friday. But yeah, for the most part value laden terms annoy me with food. I also dislike “comfort food.” More often than not it seems like a put down.

I can’t stand when anything inanimate is referred to as “sexy”. It makes me want to gag, too. When I used to work at a fancy bathroom showroom I was helping Zach Braff select his shower fittings. He kept calling the things I showed him “sexy” and it changed my opinion of both him and “Scrubs” forever. EWWWWW! I also HATE “nom nom” – like viscerally HATE it. NOM NOT!

Now that you have listed all your least-favorite foodjectives, I’d love to hear your opinion on suitable, non-offensive words to describe food!

Most of those words are disgusting … especially “mouthfeel” and “guilt free.”

dang, hanging my head in shame because i’m sure i’ve used a few of these before (to die for and delish)…i promise i’ll never ever use sexy or mouthfeel or some of the other ones!!