We all deserve some bragging rights now and then. For example, I like to brag about this very website which says a lot about my accomplishments or lack therof (yep, I’m fishing for compliments).

But some people brag about the dumbest shit.

Let’s see what kind of things people like to brag about:

Not Liking a Trend

The truth is, a lot of popular things suck, I’m not arguing with that. There are some bloggers that post the dumbest shit and yet advertisers love their stats. But there’s really no reason to be smug and pat yourself on the back for hating a popular thing. Being “anti-conformist” doesn’t make you smarter or better so there’s no need to brag.

Plus, have you considered if this trendy thing is actually good? A lot of people have iPhones and although I was all “Ew, I hate iPhones” two years ago, I love mine and fuck you if you think I’m stupid for liking it. 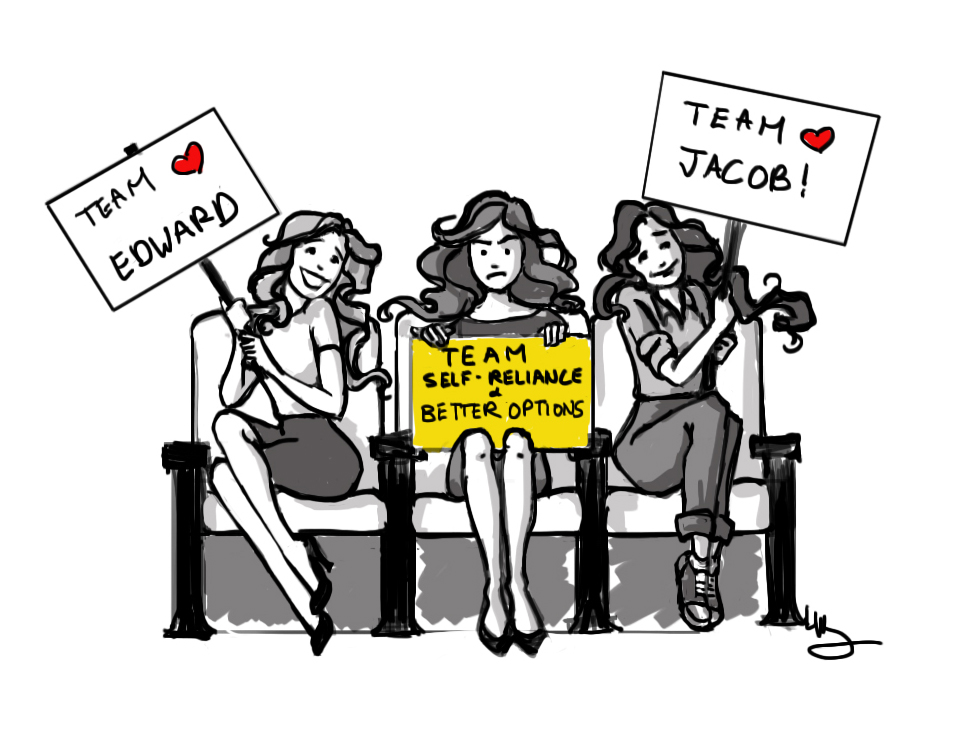 look at you, being all different

Going to Bed Early or Waking Up Early

Since when did going to bed at 3 am become uncool? On a normal day, I usually don’t fall asleep before 1 am and I can’t remember the last time I went to bed before 11pm. And why do people think they’re holy for waking up at the ass-crack of dawn?!

While my dad was hospital, I’d often chat with the nurses and I’d ask the night nurses how they managed. Most said it was kinda cool. When they got off work, everyone is groggy and they have to start work.  The night shift people go home, rest, go to the gym or run a few errands and start work at night. Some will run their errands AFTER work which is probably better since everyone else is at work and just sleep until the night time. So they wake up at 5pm, are they inferior to you???

I do this sometimes. You know,  shake my head condescendingly at high school kids or sorority girls. When I teach my cooking classes at elementary schools during the week, I just feel the need to tell my students that once upon a time, we had to rewind movies (I also have to explain what rewinding is).

And the truth is, I’m really not “old” at all. I just feel old cause I’ve already lost both my parents and I’ve never played Wii. I really don’t understand why people like stating that they’re “old”. Why am I a better person for being older? Because my parents happened to have sex 20 years before this kid’s parents had sex?

So really, its your parents that deserve the bragging rights. Shut the fuck up.

What things have you heard people brag about that are completely stupid? What IS worth bragging about? Go ahead, brag a little.

I’m guilty of this sometimes but I hate when people brag about not reading or watching something trendy or mindless. Recently someone I greatly respect said to me that she hates it when people ask if she’s read the Twilight books because “[she] has a PhD–why would [she] know anything about Twilight?!”

I suffered through part of the first Twilight movie and found it gutwrenchingly painful and pointless. Some people probably feel the same way about Gossip Girl and Pretty Little Liars and all of the other ABC Family/CW shows I watch. There’s no shame, people. For a long time I had a copy of the Hunger Games sitting on my nightstand next to two collections of Sylvia Plath poetry and “The Psychology of Dexter”. You can enjoy fluffier, less “intellectual” media and still be smart. Personally, I like to keep a variety of morbid readings by my bedside

– Bragging about having slept through 99% of their (university) courses. Oh yeah, you’re such a badass for wasting your tuition money.
– Being on a diet.
– Related to waking up early: bragging about never sleeping. Yes, you are so cool for not fulfilling a basic physiological need.

People who brag about running or working out annoy me. And this is why I don’t
read healthy living blogs anymore.

“Nerdy” brags are also annoying–when someone says “I’m such a nerd, I LOVE [something pretty ordinary and unremarkable]” and wants everyone to praise them for being so different and quirky and original.

I brag about stuff that I paint, though that’s probably obnoxious too. But I try not to be too overt about self-promoting and linking to my Etsy shop endlessly. I just remind myself that I could very well end up on Regretsy haha.

I listened to them before they sold out. They’re not cool anymore.

I also can’t stand people thinking they love a band, or a style of music, based on a hit song.

If I heard that stupid “We Are Young” or “Somebody That I used to know” song once more time, i’m gonna hurt someone.

On the other side, “Call Me Maybe” is worth all it’s praise…and more.

you forgot about the ubbbbbbber healthy and superior females who live on kale chips and green smoothies. Their organs are so clean!

People who brag about “being sooo hungry because I havent eaten anything but *insert tiny amount of food here* all day.” They are just way too busy to properly feed their own bodies.

Agree xA lot. I get so irritated when people brag about not having eaten all day (when in a non-eating disorder context–then I’m just sad).

Yea, I’d be ashamed of that!

It pisses me off beyond belief when people brag about how little theyve eaten to someone who is trying to recover from an eating disorder. In my opinion, it’s like telling a skin cancer patient that they did an *extra* 20 min. in the tanning bed that morning.

How much overtime they work/how early they go in to work/how work is their life. It’s not impressive to me, just sad.
The trend thing is annoying to me too. The same way with music snobs who insist they were the first person to listen to every cool band. It goes beyond hipsterdom, and it’s just stupid.

I agree so much about people who brag that they wake up early. Oh, so you force yourself to get up at some ungodly hour just to say that you did? Good for you! It’s even worse when they admit that they get up at 5 and then don’t do anything useful for hours.

I also hate people who go on and on and on about how omgbusy! they are. People who are actually genuinely busy don’t brag about it, they just get on with it.

People who (over)brag about their kids – they are patting themselves on the back for creating them and only brag to hear accolades about what a great parent they are. Now I am not against legitimate bragging for the child’s sake – real accomplishment like the way your Dad bragged on your blog, he didn’t do it so he would get the praise, he really was impressed and proud of YOU.
Also the braggers who toot their own horn about reading Kindle books – really? Try picking up a 400 page real novel with microscopic words!!!

When people go on about not eating processed food. Yeah, it’s better for you, but so is enjoying the occasional Oreo.

OMG – just found this blog and already love it! I am a new mom, which is super fertile soil for all kinds of strange bragging, but I think it is brought on by sleep deprivation that affects the bragging center of the brain. I do hope to grow out of it! thanks again for brightening the day!

Well, having kids IS fertile ground for some serious potential bragging but being pregnant has even more potential. If I were pregnant, I’d get a PR person to help me get the word out.

people who brag about how early they woke up FOR SURE. agree. it’s not some special talent. i should brag about how late i can sleep in. i’m a champ!

I can’t stand when people brag about their material objects, like their car, the size of their new TV, or their new phone. It is so bizarre to me. I think it is okay to brag about adventures you’ve had.

I have a co worker who brags about how cool and trendy she is because she bought the latest fashionable item. Actually worst one was when she bought a pair of converse trainers and was proclaiming loudly how she is now hip and cool and trendy – then comes over to ask me what the cool way to tie the laces up is. URGH

I work in grocery retail, and every day I have customers who oh-so-casually squeeze in a mention of their new vegan diet or organic-only diet. It’s good to eat healthy, but lame to raise a smug alert about it!

Next post: Worst Things From the 90’s and Almond Crusted Salmon